We have “a whole lotta love” … and time … at the recording studio! We fool around, try new things, expand on old … anything goes! And guess what we come up with? Our first album for children! “Titus träumt” (Titus dreams) Creating the album is the best fun we’ve had in ages. It has us in stitches. We’re not trying very hard to be educationally valuable to be sure … it’s all about recapturing how much fun it can be to be a kid! We fool around, try new things … ‘relive the child in us’. And while we’re at it, we sing our new songs to kids, enjoy the reactions and learn. The album comes with fantastic color drawings by Dirk (isn’t he good!), and now our hero Titus is ready for take off. The German album is ready in October 2013, the English, the French, the Dutch and Spanish version are in the make. 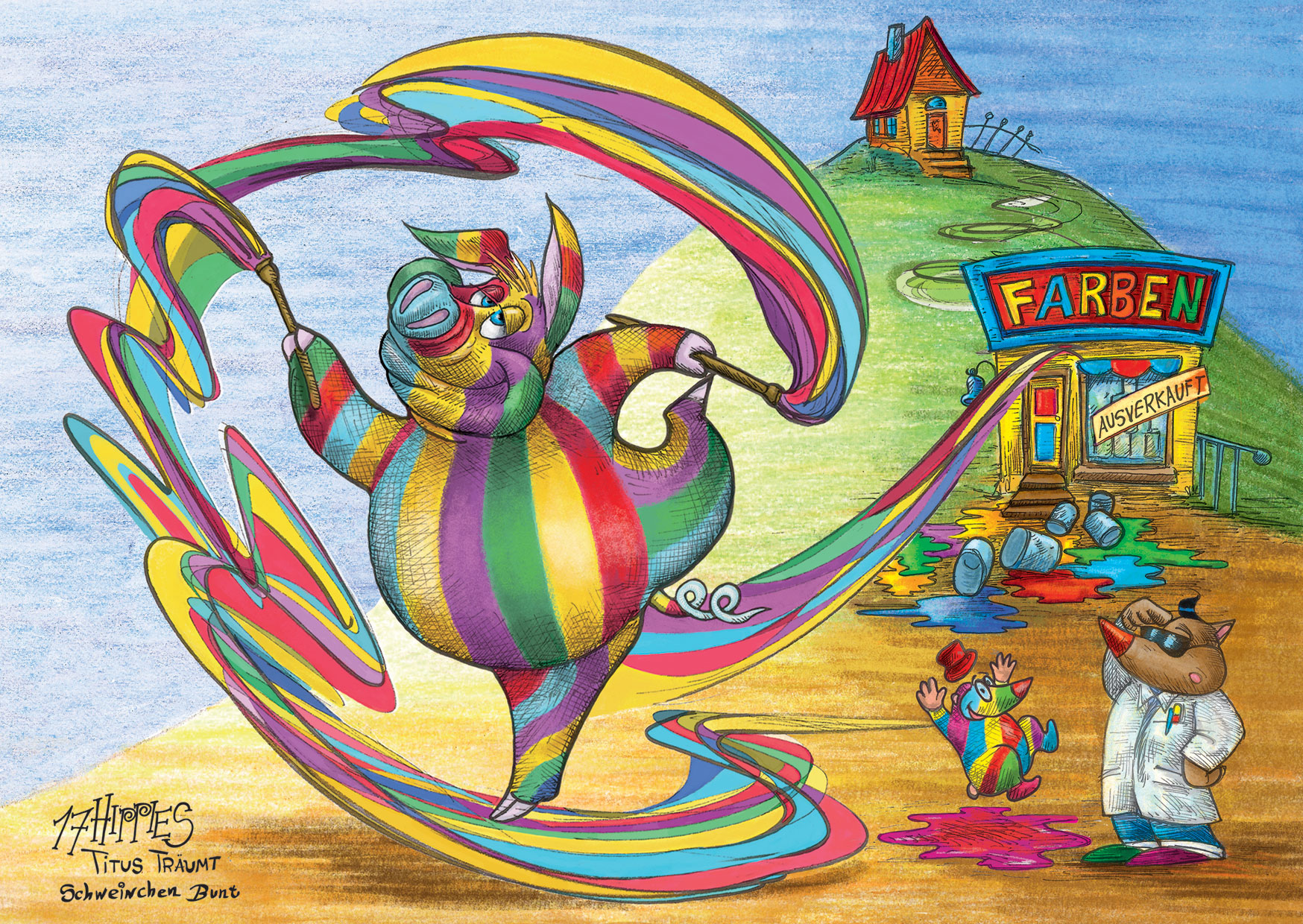 We only play a few festivals. Europe is busy having a crisis, each country occupied with it’s own tummy button … of the festivals we do play, the Czech “Coulours” Festival in Ostrava is our highlight. 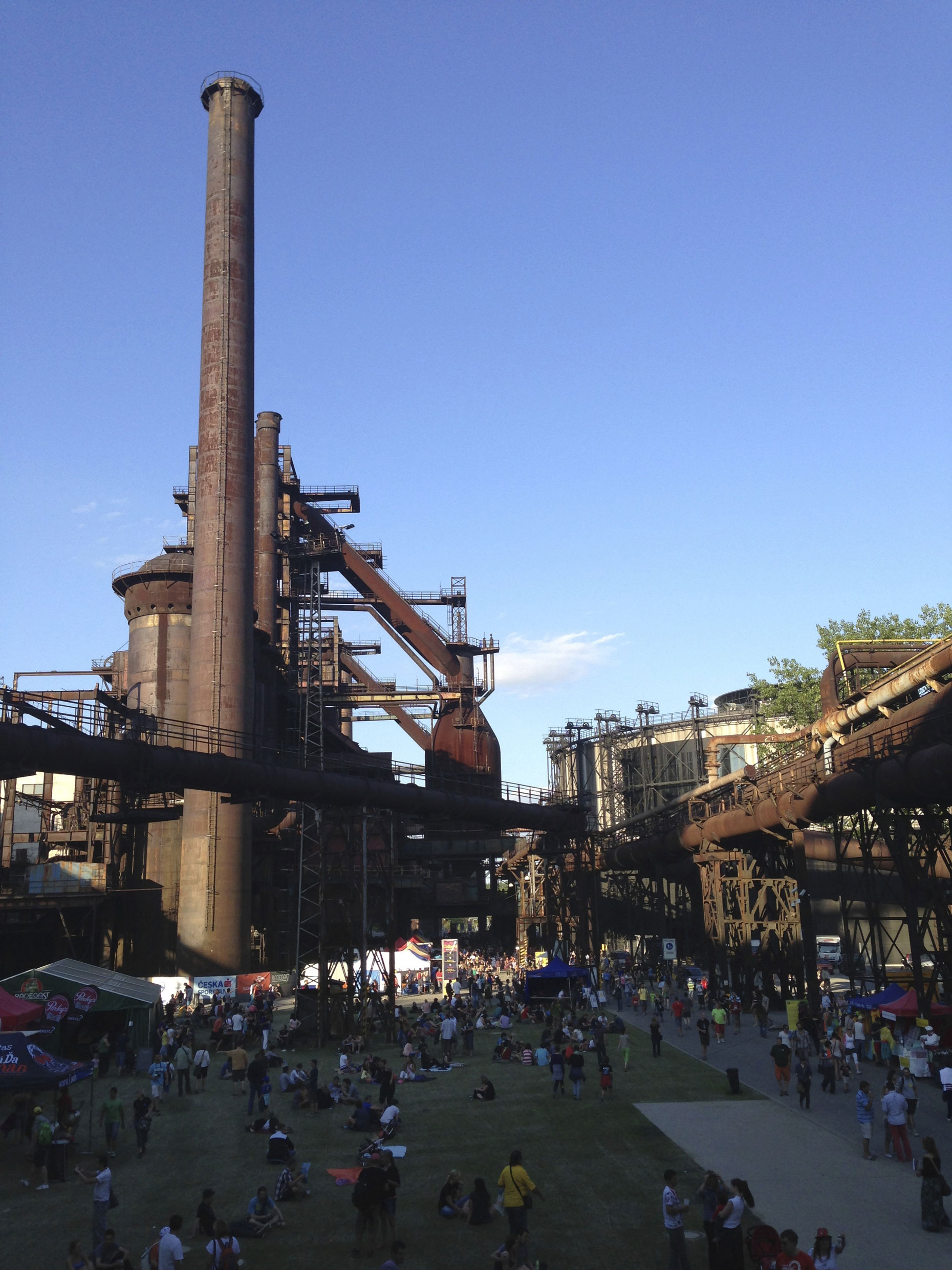 More pics of our trip to Ostrava here.

Our conclusion is … don’t panic Europe! Let’s all keep going! And this of course is perfect timing for a compilation of our French songs: “17 Hippies chantent en français“ featuring SANS SAVOIR COMMENT a duet with Kiki and Fredo of the great French band Les Ogres de Barback: 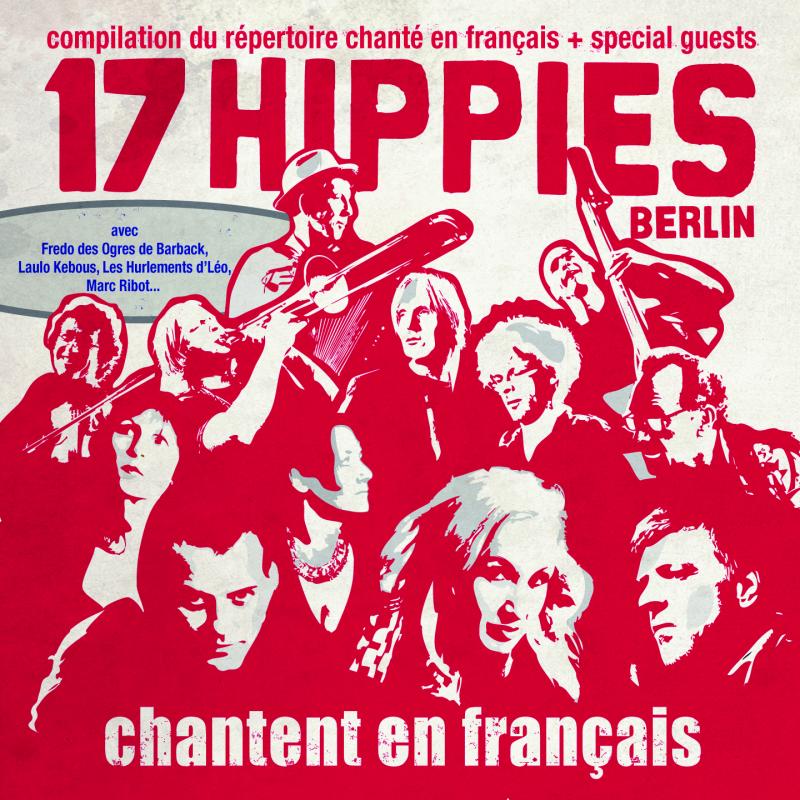 In case you’ve been wondering, we postpone our METAMORPHOSIS project. Artists we are working with live in countries with real world crisises (Egypt and Mali) and are way to occupied … so we wait.
And we start recording a new album … this time for the grown ups in us kids! We record all basic tracks for the new songs live. And we invite a different percussionist or drummer to sit in on each tune.

After years on the road we spend more at our Berlin laboratory on Prenzlauer Berg. We launch METAMORPHOSIS, a project  that we hope to involve quite a few of those fine musicians we have met and played with over the past 10 years. We throw our repertoire open to new sounds, voices and languages. A first album will be released in late 2013. Here’s a first appetizer feat. Yuriy Gurzhy (Ukraine) on Russian vocals and Tunji Beier in Indian percussion (Australia).

We also visit latin America for the first time!!! We are invited to play in Chihuahua, the northernmost – and so they say, most dangerous – state of Mexico. We play in (and are impressed by) Cuauhtémoc, Nuevo Casas Grandes, Chihuahua, Ciudad Juárez, Delicias und Parral. The people, the atmosphere and hanging out after the concerts … and every single kilometer on long rides through the desert… all well worth it! Almost surreal… the open air concert in Juarez on the border to Texas. We spend the day walking throug streets patrolled by military police, with mounted machine guns in pickup vans. Then, in the evening we party with the crowd on university campus. 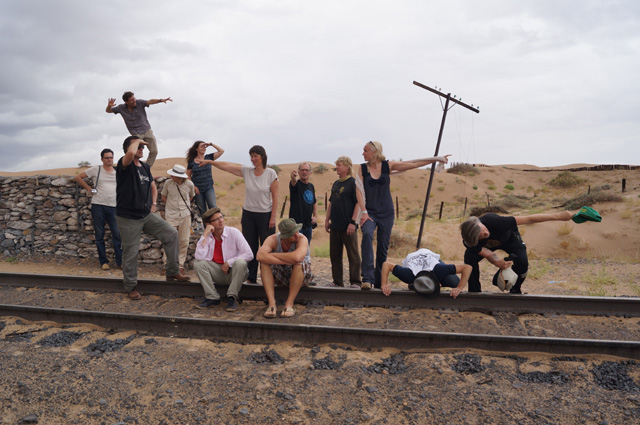 13 years ago we wrote (and drew) a book of our music for children with 11 easy to play songs. Now we finally have the time to record the songs. The album will be released sometime in the summer of 2013.

We are surprised at our annual Hippe-Haus-Tanz just before new years eve. It’s our 17th birthday! We celebrated with two sold out shows at our old hide out… the Kesselhaus. 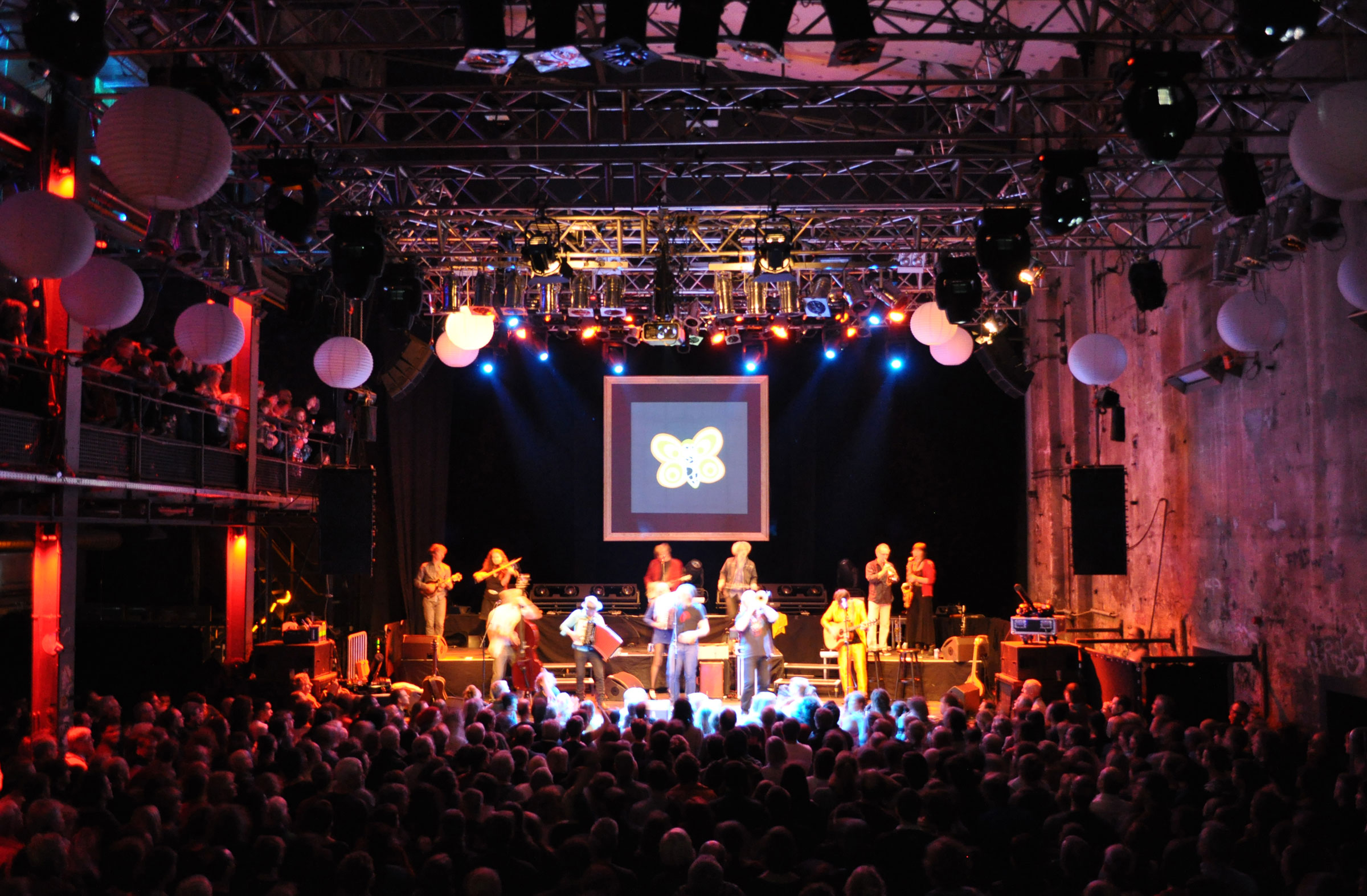