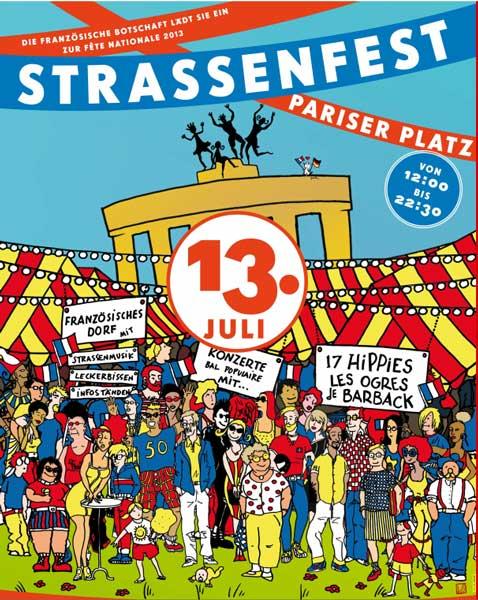 We play on the 13th of July in the evening at the Brandenburg Gate. If you can not make it there, come to our next Berlin concert, the HIPPIE-HAUS-TANZ on December 28th.

We know we will enjoy every minute of hanging out with you when we are not working on our 17 HIPPIES FOR CHILDREN album or working on our METAMORPHOSIS with friends. Here our concerts for the next weeks:

Our repertoire in a book: easy to play sheet music with melody lines, lyrics and chord symbols. Plus lead-sheets to play along with our albums. Plus QR-codes to listen to streamed versions of us playing the tune on each page.
REALBOOK volume I & II contains 45 songs from our albums ROCK'N'ROLL 13 and WER IST DAS? Reedited and rebound as one book. REALBOOK volume III has 36 songs from the albums HALBE TREPPE and IFNI. Both books have plenty of bonus tunes. New: books for B-flat instruments are available too; books for E-flat, bass and viola will be available on demand.
All books can now be ordered at your local bookstore or online. For more information see 17 HIPPIES ONLINE SHOP. 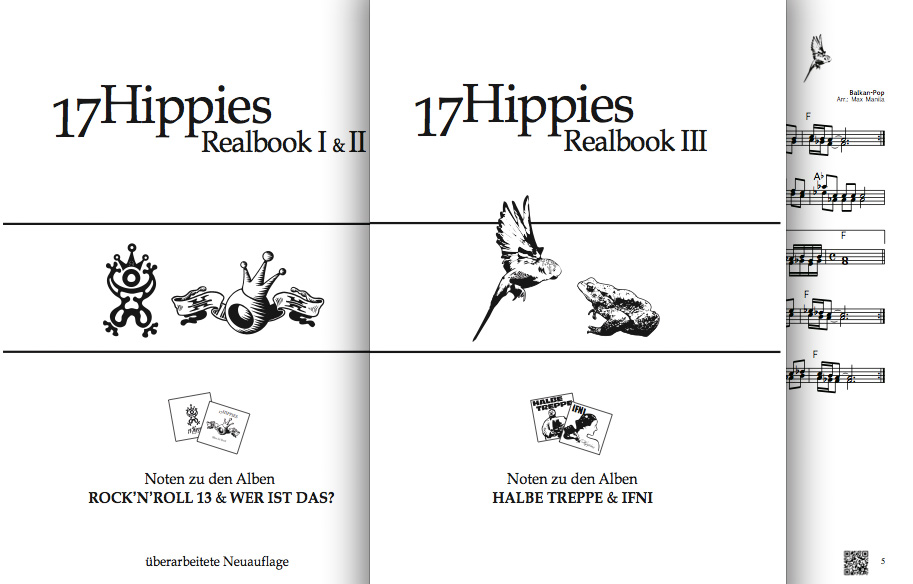 A song with Fredo from "Les Ogres de Barback" singing a duet with Kiki, the adventures with "Les Hurlements d'Léo" as "Hardcore Trobadors" and "Marlène", our little big hit in France... all those stories we share with our neigbours are beautiful, our friendship very much alive, as our love for France has always been. This compilation is a present to everything that has been connecting us these last 15 years. Merci a tous. ("17 Hippies chantent en français" is released in France by Buda Musique. From May 2013 the album will also be available online).

We’ve recorded an English version of our song "Blumen im Glas" (from our PHANTOM SONG album) for the French movie "Rue Mandar" that hit theaters in France on January 23rd. HERE have a listen to Kiki singing "Flowers in a Glass" that also is on the movie soundtrack. 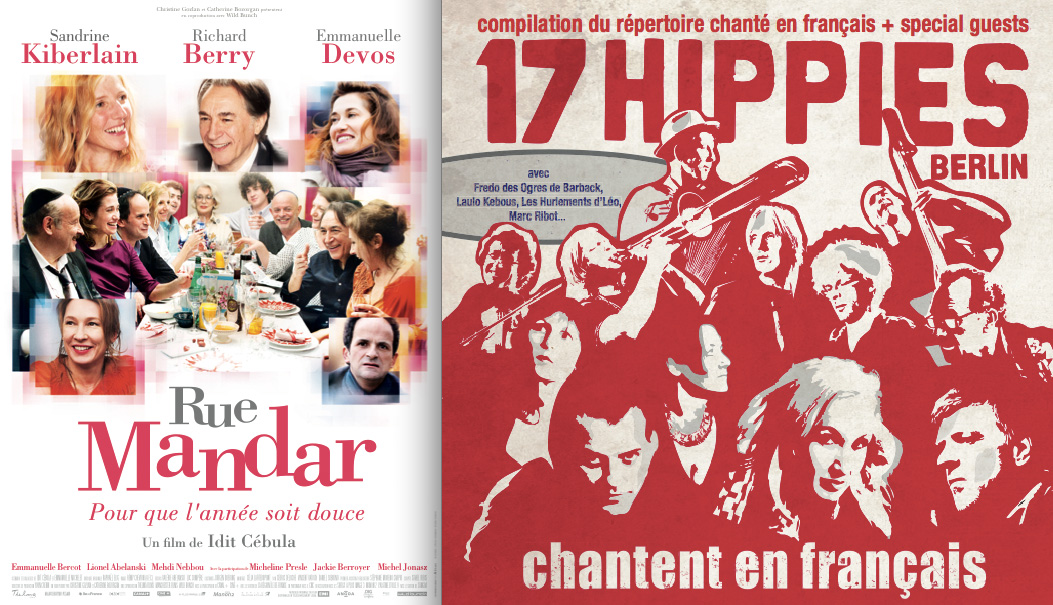 And, what’s more... beginning of April a compilation of songs we've sung in French over the years called "17 HIPPIES chantent en français“ will be released by our French label Buda Musique. For 15 years we’ve now been playing all over France, and to be honest... we really like being your neighbors, friends, lovers and... tourists! And talking about friends: Fredo from the Ogres de Barback, Laulo Kebous and Les Hurlements d’Léo are part of the pack... la vie est belle! 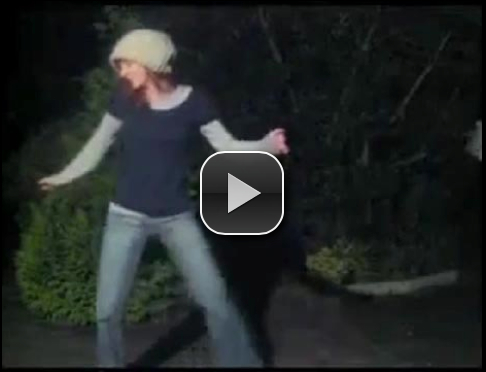 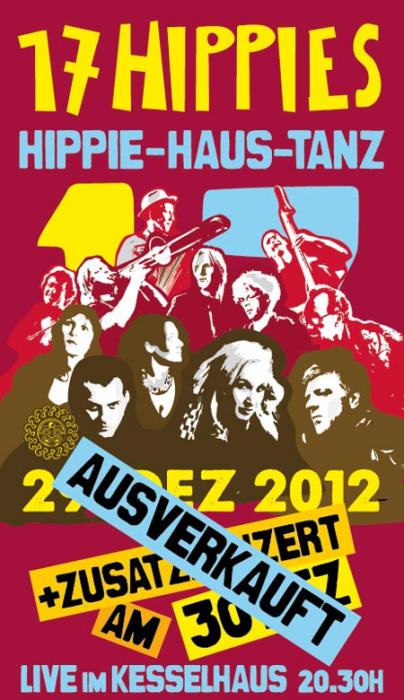 Click below to get more pictures from our tour of Chihuahua/Mexico. We had a great time in Cuauhtémoc, Nuevo Casas Grandes, Chihuahua, Ciudad Juárez, Delicias and Parral. 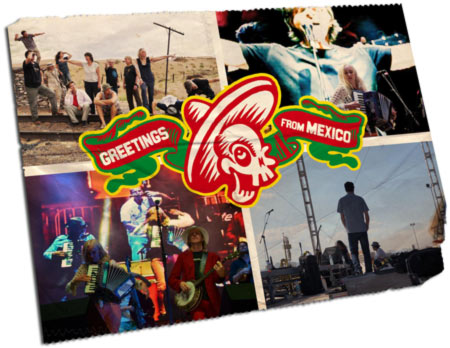 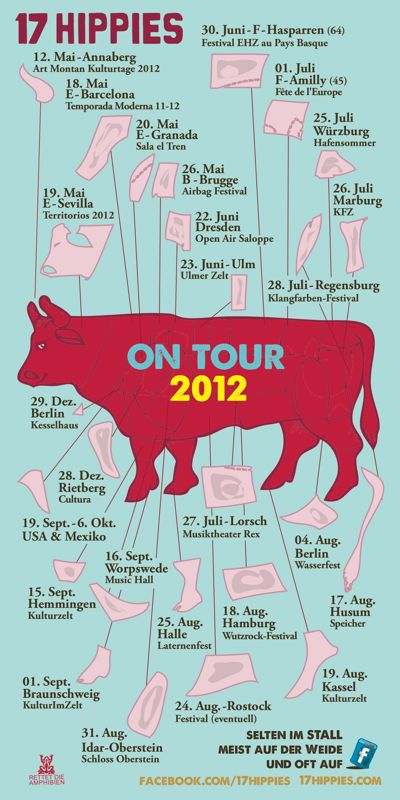 … be sure to leave you hose and watering can to look after themselves when you come to one of our shows in the tender nights of summer!